skip to main | skip to sidebar

Creation of a Palestinian state, but not at State of Israel expense's 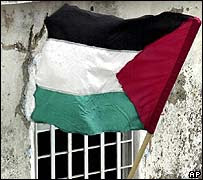 I believe that the Palestinian people deserve a country, but never at the State of Israel expense's , with its creation tensions in the Middle East would decrease in the conflict Arabic / Israelite.


Palestine should be developed, with new infrastructure, schools, universities, hospitals, thus giving them the opportunity to have a better quality of life, same as Israel's.


So many radicalism from both sides, would be not legitimized since many times of their platforms of struggle are based on the creation of a Palestinian state.

The US president, George W. Bush, believes that he may establish a Palestinian state before he leaves the White House in just over a year.


"I think we are going to create a Palestinian state," Bush said on the record at the conclusion of the visit of the French president, Nicolas Sarkozy, to Washington.


Bush has stressed that the "first" president of the United States to look at two states, Palestine and Israel, living in peace side by side. "


At the end of this month, USA will host an international conference in Annapolis to push for a peace agreement between Israelis and Palestinians.


The bid for the creation of a Palestinian state was one of the points mentioned by Bush on its balance sheet, along with "50 million people have been liberated in Iraq and Afghanistan," and the relationship "very strong" brought by the US Far East.


Freed?, I don't think so, as these countries live virtually in an internal civil war, its infrastructure has been destroyed, and the American army has been stagnating in Iraq. In the mid-term, can we see what happen with the American army?, whether it will continue or not in this adventure fetched, and if the civil war that was announced in Iraq, ended destroying that nation.
Publicado por Roy Jiménez Oreamuno en 18:31 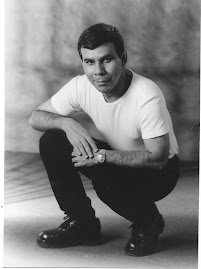